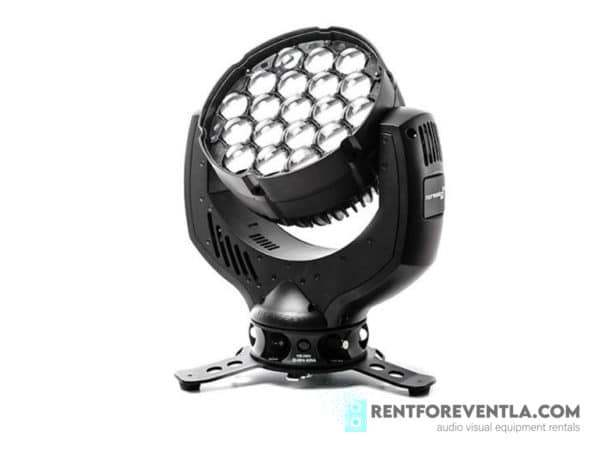 Rent GLP Impression X4 in Orlando. it features 19 high power RGBW LEDs, each rated at 15W with a 7 ° in Orlando. 50 ° zoom range. The housing design is based on the legendary, and award winning, impression 90 and 120RZ fixtures including their baseless design and small footprint.

Categories: LED Lights Rental, Moving Head Beam, Moving Head Light Rental, Pro Lighting
There are several factors that determine exact rental rates.
Interested in a customized quote for your next event? Click the button below to contact us!
(818) 676-9192
Related products