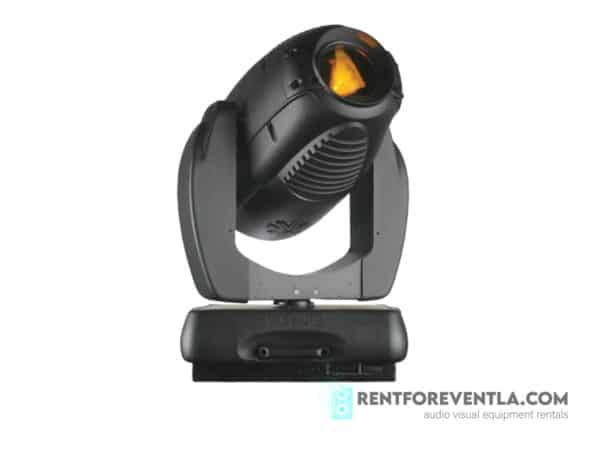 Rent Vari-Lite VL3500Q Spot in Las Vegas. The Vari-Lite VL3500 Q-Spot luminaire is a powerful 1200W luminaire with a reduction in noticeable noise output from the standard VL3500 luminaire. The VL3500Q Spot luminaire maintains the same high standards set by the original VARI-LITE Series 3000 Spot luminaires for imagery, beam control, color and brightness. The added feature is a four-blade shutter mechanism that allows the blades to be operated independently or in unison on two planes for a clear and crisp image. The “Q” range fixtures are designed for situations where the absence of noise is critical to the performance.

Categories: Moving Head Light Rental in Las Vegas, Moving Head Spot, Pro Lighting
There are several factors that determine exact rental rates.
Interested in a customized quote for your next event? Click the button below to contact us!
(702) 848-2566
Related products